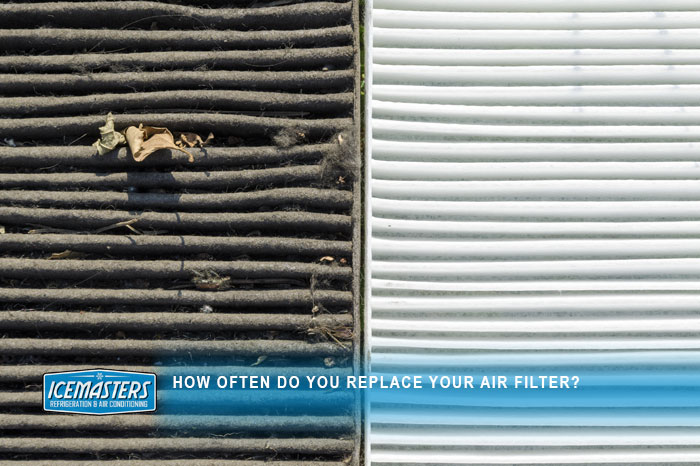 Filters, what are they and why do we need them?

Almost all of the HVAC equipment in operation today will contain some type of filters within it. Whether it is an air filter or a filter within a refrigeration circuit, very few systems are filter free. The first filter we will discuss is the standard air type. These would be found in any equipment used to heat or cool the air in a space, i.e. roof top unit, furnace, and air conditioning system and even in ductless split units.

Why would we want to do this?

In the case of catching airborne particles we do not want to bring dirty air into a conditioned space such as an office. However we do want to bring fresh air into the space to eliminate the air from going stagnant and stale. By keeping the air fresh this will help keep spreading bugs and germs within the conditioned space. It also helps to catch dirt and contaminants before entering critical parts of the system, which can ultimately lead to a list of mechanical failures. This style of filter is designed to catch larger particles such as cotton fluff, leaves, and dust. They should be replaced every three months or as required.

Where extremely clean air is required the above style filter is used, this is known as a HEPA filter. It would be commonly used along with other means of filtration in hospitals, clean rooms and is becoming much more popular in residential applications. This style filter is designed to catch dust, skin particles and other such finer materials and produces very clean air. These filters should be replaced as per manufacturers spec.

Remember a clean filter will produce clean air in your conditioned space; it will also keep your equipment running efficiently for its lifetime.

What other filters may you have in your HVAC equipment?

It is very common for the refrigeration side of an HVAC system to have filters and all large application systems will have a multitude of filters installed.

The above picture shows a liquid filter/drier core that would be commonly found in a larger HVAC/Refrigeration system. Its purpose is the same as the smaller filter/drier, to pick up moisture, wax, and particulate matter within a system. The only difference being that they are easy to remove because they require more frequent replacement.

Why do they require more frequent replacement?

The reason the larger liquid filter/drier requires more frequent replacement is because in larger systems such as supermarket multiplex systems, generally the system or parts of the system are opened to atmosphere more regularly allowing for contaminants such as moisture to enter the system. These filters should be replaced once a year or as required; a tight system will require less frequent replacement.

In larger systems there are also many filter screens in TX valves, Oil pick-up screens and various other valves. These screens generally get cleaned after a new system start up and do not require cleaning unless the valve starts acting erratically. Last but not least these large systems also have oil filters, which again should be replaced during an oil change. Oil changes should be preformed once per year or as required.

For any of your filters or preventative maintenance needs, please contact ICEMASTERS and we would be glad to help. 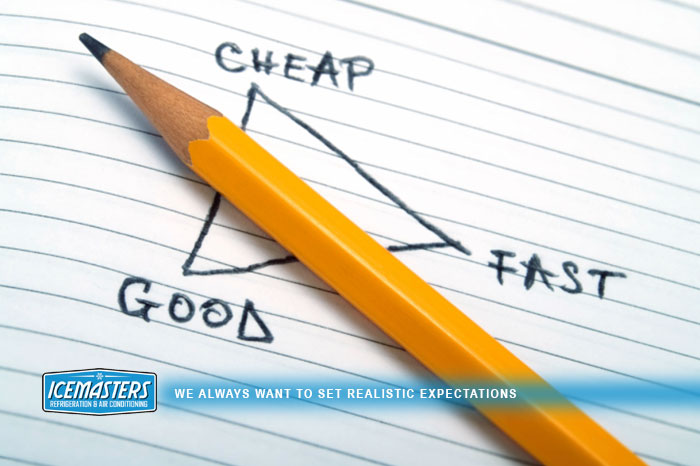 Much of this subject is based on communicating with potential clients, current customers and other professionals within the refrigeration and HVAC industry. Using a large company for your refrigeration needs gets you larger per-hour charges due to the large overhead that it costs to operate these companies. Naturally, hourly charges and other charges — such…

One very important function of any Roof Top HVAC unit (RTU) is to perform cooling whenever it’s needed no matter what the outside temperature is or what season it is. This can be accomplished through the function of the economizer. Its very critical that the HVAC setup and verification be performed during unit function checks… 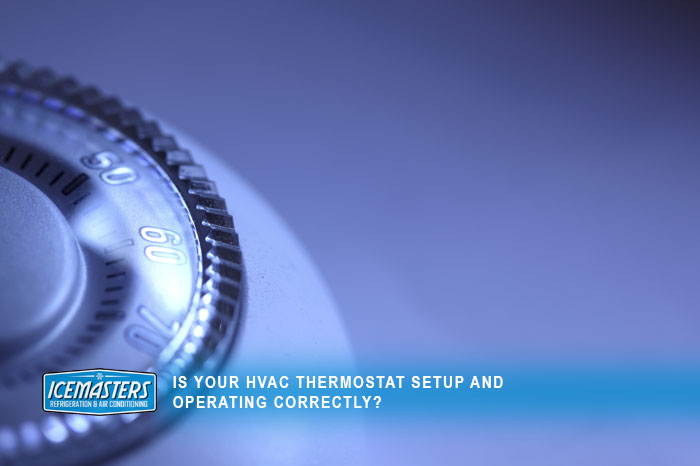 Is your HVAC thermostat set and operating correctly? With overwhelming advances in technology today sometimes a simple task such as setting your HVAC thermostat up correctly can seem fairly difficult. Most people would look at it and say yep its set for 22 degree celsius; its good. There are many factors to consider when programming a… 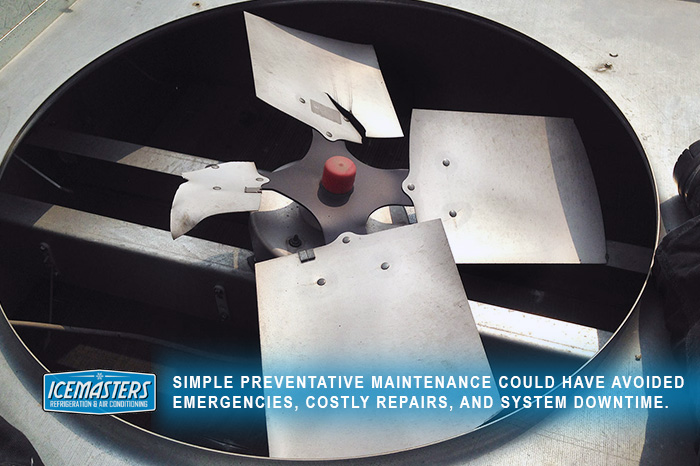 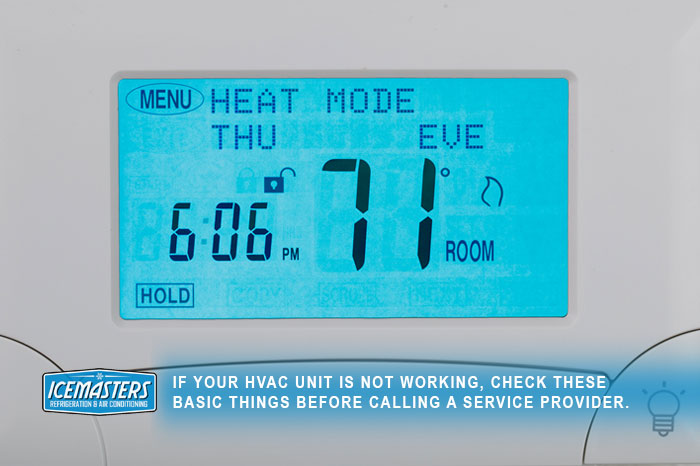 Is your RTU HVAC keeping you in the cold? While there are many rooftop hvac units (RTU) on the market, some of the most common today are Carrier, York, and Lennox units. In this post, I will discuss some very basic things to check before calling out a service provider in the event that you… 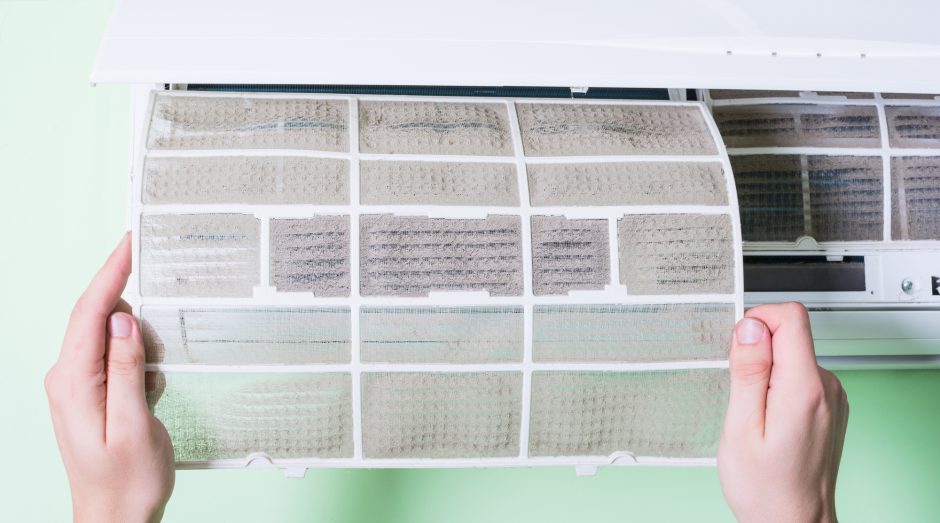 The sun and warm weather are coming along (hopefully sometime soon) with higher electric bills. Did you know that just by keeping a clean air conditioner you can lower your electric consumption by 5-15 percent, saving you money? Just like your car, your air conditioner needs service to keep running smoothly. Here’s a maintenance checklist to help your…